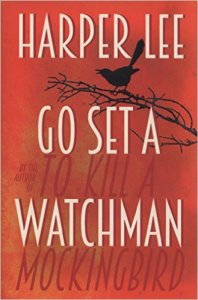 Unless you’ve been living somewhere remote, without internet connection, television or newspapers, you will have realised by now that Harper Lee’s Go Set A Watchman has been published.

The Telegraph, among others, gave an overview of critics’ thoughts of the book and, from what has been appearing on social media, the overall observations all seem to point in the same direction – it is a good first draft, a work in progress, meandering, disjointed and a book that will undoubtedly shock readers who have come to love Atticus Finch over the years since To Kill A Mockingbird was published in 1960.

It has also come to light that some of the first 25,000 copies of the book have missing paragraphs and sentences in the final pages, adding to the frustration of many readers.

Is this a case of a book being rushed into publication in order to feed the growing clamour of a readership desperate to revel in the biggest literary coup of the last few decades?

The whole Watchman affair seems to have divided a readership. There are those who have been desperate to read the book since its discovery was made public in February (but let’s admit it, it was never really lost in the first place) and there are those who vow never to read it, to keep Mockingbird’s integrity intact. I have to admit that I’m a bit in both camps.

Go Set A Watchman was written in 1957, and although it is set 20 years after To Kill A Mockingbird, it is, in reality, a first draft of the classic. There has been much praise over the past few days for the original editor, Tay Hohoff, but I dread to think what she would have thought of the publication of Watchman. You see, apart from a light copy-edit, it seems that this book is as it was sent to Hohoff.

Most writers know that a first draft is very, very rarely the finished product. A novel will go through numerous stages of development; editor and author working together to make the story the very best it can be before it is brought out into the world. The first draft, as in the case of Watchman, is the embryonic form of what becomes the final story. Should we really be allowed to see this first unformed version? How many writers would really want to see their first draft published, warts and all, for everyone to see? 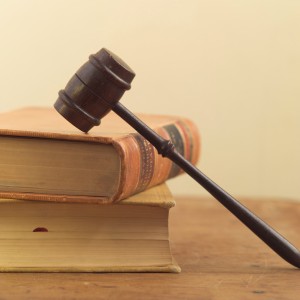 There have been a lot of thoughts flying around about Go Set A Watchman, from whether Harper Lee knew what she was doing (after all, she always said she would never publish again), to the actual circumstances surrounding the discovery of the manuscript and the storyline showing us a bigoted side to Atticus that many find difficult to comprehend. But for me, the real story is whether the book should have been published at all. Once you read it, you will never be able to unread it. Mockingbird will either forever be sullied, or you will gain a new deeper understanding of the characters and their circumstances. The problem is, you will never know how it will go for you unless you read it.

Can you move past the bigotry and darker side of a literary hero? Can you accept the premise of understanding someone only when you stand in their shoes and acceptance that characters are flawed? Can you move past what we already know to see the story from the point of view of a 20 year in the future coming of age story? And, if you move past all this, can you forgive the disjointed draft that others seem to find fascinating and raw at the same time?

Viewing the publication from a professional point of view, I think I would find it painful. First drafts are like big knickers, they lay the foundation for something sleeker and all together better looking. They can be ugly and functional, but important for the overall look of the finished product. But however painful, I think I would find it intriguing to read alongside To Kill A Mockingbird.

From a reader’s point of view I think I would find it interesting, but in a destructive way. We all like to see how a story can evolve, but do I really want to see a darker side to the story? Mockingbird is a particular favourite of mine, as it is for many people, so I’m not really sure that I could move past that. The world is a dark place, and I like to keep my heroes intact.

I think for now I will leave the most talked about book of the year well alone. I will probably come back to it and re-evaluate but, out of respect for the woman Harper Lee was, I will respect her earlier wishes and continue to enjoy the story as it was meant to be told.

If you fancy reading the book and deciding for yourself, Go Set A Watchman is published by HarperCollins / William Heinemann and available from Amazon, Waterstones, Hive, and many other online and local retailers.

← Do You Really Know What You Want?
How to Find Your USP →

2 Comments on “Watching the Watchman”