We’ve all done it…quickly typed a tweet, hit send then thought no more about it.

Until you go back to your timeline and there’s a great big typo screaming at you.

Sometimes you’re lucky and you realise straight away.

There’s nothing worse than that sinking feeling you get when you realise what’s happened. Often it’s of no real consequence and you move on, but sometimes it can be a big deal. Especially if it’s on your professional Twitter account, or if it’s been picked up by others (cue the snarky replies) or, heaven forbid, if it’s been retweeted.

It happened to me a couple of weeks ago. I typed a tweet directing people to my latest “artcticle”, on my ipad. Now the ipad can autocorrect in some hilarious ways, but this was all down to fat fingers and not taking time to read what I’d written. I only realised the typo when the tweet was retweeted a fair few times.

Damn! A typo on my professional feed… the feed of an editor who should know better.

Dilemma, dilemma…what to do? Delete it and all the retweets disappear or just leave it.

In these days of social media it’s all about damage limitation… sometimes deleting it can highlight the error more than just leaving it. Sometimes you have no choice than to delete.

Anyway… as I thought about this most modern of problems I decided to create a little infographic for you (well, I was in a slightly artistic mood this week).

Ladies and Gentlemen…do you REALLY need to delete that tweet with a typo?? 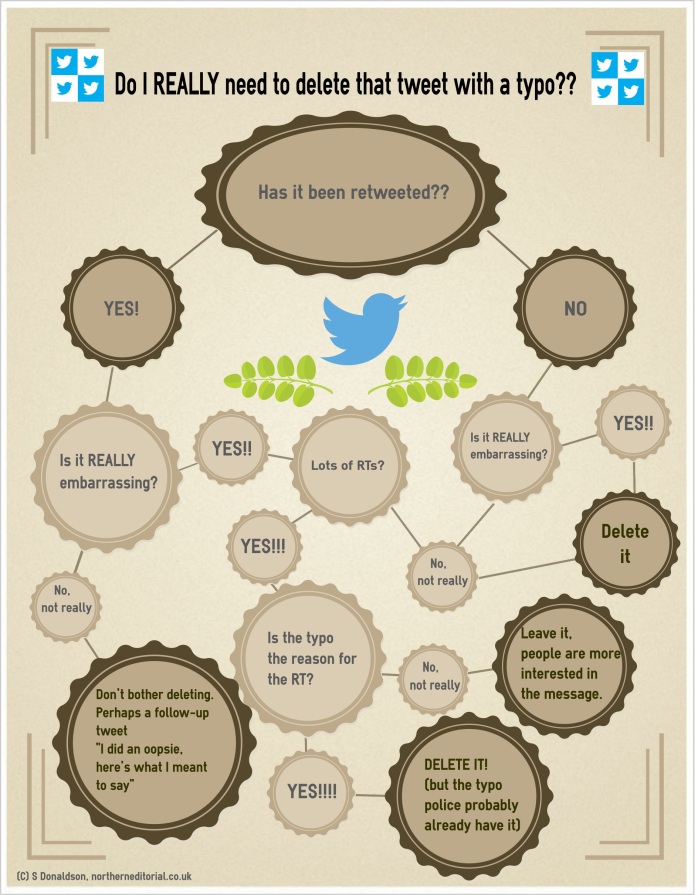 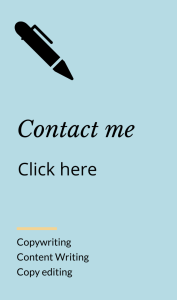